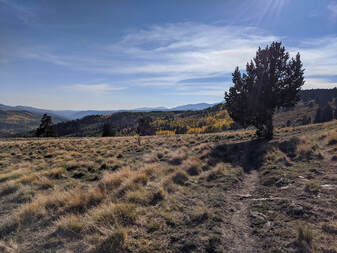 Pecos Wilderness, NM
I'm an Assistant Professor of Economics in the School of Economics at Drexel University.

I'm interested in empirical and theoretical aspects of macroeconomics and labor. My recent research focuses on understanding the nature of search and unemployment, the role of expectations and beliefs in driving aggregate fluctuations, and the effects of labor market policies.

Destabilizing Search Technology
Modern search technologies enable workers to monitor—and thus quickly apply to—newly posted jobs. I conceptualize search as a monitoring decision and study the implications for labor market dynamics. The central insight is that monitoring leads to a novel source of strategic complementarities in search decisions, which results in multiple equilibria that can exert a destabilizing force on the labor market. Strategic complementarities arise because workers who actively monitor new job postings are able to apply before those who do not. This leads to a rat race for jobs in which the belief that others are monitoring new postings necessitates doing the same in order to avoid falling to the back of the queue. I show that this mechanism leads to multiple equilibria in a stylized monitoring game and then embed the game in a quantitative macroeconomic model of the labor market. With a plausibly elastic job creation process (i.e., away from the free-entry limit), multiplicity arises in the quantitative model. The model provides (i) a theory of belief-driven fluctuations in labor supply that can permanently alter the path of the economy, (ii) a mechanism through which transitory demand shocks can permanently affect labor supply, and (iii) an account of the recovery from the Great Recession, during which a historically tight labor market coexisted with weak wage growth—observations difficult to reconcile with traditional models. I document two facts that are supportive of the model and its implications.

On the Inefficiency of Non-Competes in Low-Wage Labor Markets (w/ B. Hobijn and A. Kurmann)
We study the efficiency of non-compete agreements (NCAs) in an equilibrium model of labor turnover. The model is consistent with empirical studies showing that NCAs reduce turnover, average wages, and wage dispersion for low-wage workers. But the model also predicts that NCAs, by reducing turnover, raise recruitment and employment. We show that optimal NCA policy: (i) is characterized by a Hosios-like condition that balances the benefits of higher employment against the costs of inefficient congestion and poaching; (ii) depends critically on the minimum wage, such that enforcing NCAs can be efficient with a sufficiently high minimum wage; and (iii) alone cannot always achieve efficiency, also true of a minimum wage—yet with both instruments efficiency is always attainable. To guide policy makers, we derive a sufficient statistic in the form of an easily computed employment threshold above which NCAs are necessarily inefficiently restrictive, and show that employment levels in current low-wage U.S. labor markets are typically above this threshold. Finally, we calibrate the model to show that Oregon’s 2008 ban of NCAs for low-wage workers increased welfare, albeit modestly (by roughly 0.1%), and that if policy makers had also raised the minimum wage to its optimal level (a 30% increase), welfare would have increased more substantially—by over 1%.

Demographic Correlates of Humanizing Language in Media Coverage of Crime: Evidence from the Boston Globe, 1976-1984 (w/ E. Ocasio)
Media coverage of violent crime both reflects and shapes how society perceives members of different demographic groups. Measuring how media coverage varies across these groups--particularly those whose humanity society has historically failed to fully recognize--can therefore provide insight into public perceptions of different groups' humanity and the influence of the media in perpetuating such views. We merge FBI data on homicides in Massachusetts between 1976 and 1984 with the corresponding Boston Globe articles covering those homicides to study how the race, age, and sex of homicide victims and offenders interact to shape media coverage--both the quantity of coverage (number of articles written) and the quality of that coverage (use of humanizing language, determined through content analysis assisted by automated natural language processing). Our analysis, which controls for a battery of homicide-specific factors, reveals a rich pattern of differential media coverage across groups and subgroups. Specifically, we document that: (i) among male homicide victims, the probability of humanizing coverage is significantly higher for whites, with a difference of 30 percentage points for juveniles (<18) and a difference of between 10 and 15 percentage points for all other age groups; (ii) there is no statistically significant difference in the quantity or quality of coverage across races among female victims, except those between the ages of 18 and 29, among whom blacks are significantly less likely to receive humanizing coverage than whites; (iii) both female and juvenile victims tend to receive more coverage on average, and this coverage tends to be more humanizing when it occurs; and (iv) demographic characteristics of the offender do not appear to significantly influence coverage after controlling for other homicide-specific factors such as weapon, circumstances, etc. Our analysis highlights the importance of viewing differential media coverage of violent crime through an intersectional lens and how content analysis can be applied to produce comprehensive measures of humanizing language.

The Effects of NCAs on Low-Wage Workers: Evidence from Recent State-Level NCA Bans (w/ B. Hobijn and A. Kurmann)

Job Search and the Covariance of Beliefs

Anticipated Productivity and the Labor Market (w/ R. Chahrour and S. Chugh) [Replication Files]
Quantitative Economics (accepted)
We identify the main shock driving fluctuations in long-horizon productivity expectations, consistent with theories of TFP news. The identified shock induces strong comovement patterns in output, consumption, investment, employment, and stock prices even though TFP does not change significantly for more than two years. A labor search model in which wages are determined by a cash-flow sharing rule, rather than the present value of match surplus, matches the observed responses to the news shock. The model also matches the empirical patterns of vacancies, labor force participation, hours, and job-finding rates. The proposed wage rule is consistent with empirical responses of wages to both anticipated and unanticipated productivity changes.

Wage Offers and On-the-job Search (w/ D. Bernhardt)
Canadian Journal of Economics (2022)
We study the wage-setting problem of an employer with private information about demand for its product when workers can engage in costly on-the-job search. Employers understand that low wage offers may convey bad news that induces workers to search. The unique perfect sequential equilibrium wage strategy is characterized by: (i) pooling by intermediate-revenue employers on a common wage that just deters search; (ii) discontinuously lower revealing offers by low-revenue employers for whom the benefit of deterring search fails to warrant the required high pooling wage; and (iii) high revealing offers by high-revenue employers seeking to deter aggressive raiders.

Learning and Job Search Dynamics during the Great Recession [ungated]
Journal of Monetary Economics (2021)
Krueger and Mueller (2011) document that search effort declined with unemployment duration during the Great Recession. I show that variation in past effort explains this decline. Furthermore, job offers increase subsequent effort. These facts are inconsistent with standard models of search. I introduce a model of sequential search in which workers are uncertain about the offer arrival process and learn through search. Evolving beliefs influence search through two competing channels: the opportunity cost of leisure and the option value of unemployment. Estimation of the model indicates that learning provides a strong account of job search dynamics during the Great Recession.

Misallocation and Productivity Effects of the Smoot-Hawley Tariff (w/ E. Bond, M. Crucini and J. Rodrigue)
Review of Economic Dynamics (2013)
Using a newly created microeconomic archive of US imports at the tariff line level for 1930–1933, we construct industry-level tariff wedges incorporating the input–output structure of US economy and the heterogeneous role of imports across sectors of the economy. We use these wedges to show that the average tariff rate of 46% in 1933 substantially understated the true impact of the Smoot–Hawley (SH) tariff structure, which we estimate to be equivalent to a uniform tariff rate of 70%. We use these wedges to calculate the impact of the Smoot–Hawley tariffs on total factor productivity and welfare. In our benchmark parameterization, we find that tariff protection reduced TFP by 1.2% relative to free trade prior to the Smoot–Hawley legislation. TFP fell by an additional 0.5% between 1930 and 1933 due to Smoot–Hawley. We also conduct counterfactual policy exercises and examine the sensitivity of our results to changes in the elasticity of substitution and the import share. A doubling of the substitution elasticities yields a TFP decline of almost 5% relative to free trade, with an additional reduction due to SH of 0.4%.
Proudly powered by Weebly